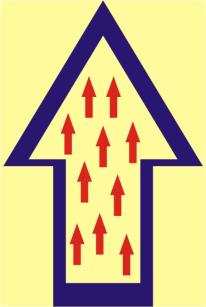 (a) intentionality or the “about-ness” of a thing

(b) intuition or knowledge not based on perception

Let’s backtrack a little and define what a phenomenon actually is. What is phenomenology studying exactly? What IS a phenomenon?

Heidegger stated that a phenomenon is “that which shows itself from itself” (1927/1962, p. 51).  Phenomena are experienced and are independent of any theories and assumptions. For example, a person experiences a flower as the phenomenon of a flower rather than something that is composed of atoms and particles.  Even though physicists state that flowers are composed of atoms and particles and psychologists try to understand people in terms of their minds, neither atoms, particles, nor minds appear when a person walks through the park and sees a garden of flowers, right? Of course not. The experience of the flower is the phenomenon (Wrathall, 1993).

Now it gets more varied…

Despite the core definitions of a phenomenon and of phenomenology, phenomenological scholars differ in the HOW. How does one make meaning of a phenomenon? Philosophers differ quite substantially on this topic. This does not mean that one scholar is correct while another is incorrect, however. There are multiple ways of finding meaning! You might say that one theory is not better than another but rather, it is the interpretation and usefulness of a theory that will speak to one thinker over another. An example of differing thoughts about a similar concept can be clarified through the philosophies of three primary phenomenological scholars: Husserl, Heidegger, and Merleau-Ponty.

1)      Husserl (1960), the Father of Phenomenology, focused on epistemological differences – what is the nature of knowledge?

2)      Heidegger, Husserl’s pupil, concentrated on ontological differences – what is the nature of being?

3)      Merleau-Ponty, whose philosophy, like Heidegger’s, was also ontological, diverged when he united Husserl’s and Heidegger’s theories and generated a philosophy of the lived body. He contended that all consciousness was created from a pre-reflective bodily existence. In essence, he believed that everything individuals knew of the world (even when that knowledge was based in science) was understood through their personal views and lived experiences (which are fundamentally founded in the body).

Again, all branched out to differing thoughts of the HOW of meaning, and all theories shaped the way these thinkers thought about the world and the people around them. Counselors and therapists do this as well. Look at Cognitive Behavioral Therapy when compared to Gestalt Therapy. They inherently differ, but neither is right or wrong. Rather, each theory is shaped by the individual who buys into that theory and helps create a format for helping others.  It is the map one clinician follows versus another – the destination is usually the same!

So…just like phenomenological thought differs among philosophers, so does existential thought.